Modern death investigation techniques, modern medical knowledge, and modern forensic sciences (all used currently by forensic pathologists serving as medical examiners) long ago replaced the coroner’s inquest: Villagers standing around a dead body and being asked by a coroner if anyone knew who the dead person was and how the person came to his or her death.

Coroners are an ancient English institution, and Coroner Inquests became outdated centuries ago when the natural and medical sciences had developed to the point of having practical application to death investigations, and began being used in most societies (including Scotland - Scotland never had coroners) outside of England and the sphere of the British Empire/Commonwealth.

Coroners and coroner inquests were not put in place to determine if a death was or was not justified.

Corner inquests were intended to force members of the public to be available to the coroner for questioning (“inquest” means “making an inquiry” - not the holding of a trial), done to serve the interests of the King of England - particularly property interests of the King.

Washington State law restricts the verdict of a coroner’s inquest to answering the following questions regarding a death:
[Together, the cause and manner of death constitute “by what means he or she came to his or her death,” with “homicide” being defined by law as the killing of a human being by the act, procurement, or omission of another].


[Naming the person is fact finding only- the prosecutor has to decide whether or not to file criminal charges against someone, and all people are innocent of a crime until proven guilty in a court of law, which the coroner’s inquest is not. Being guilty of an act is not the same as being guilty of a crime.]

Modern forensic death investigations answer these questions - there is no valid use for an inquest jury.

Coroner inquest verdicts are not binding - they do not mandate or prevent any legal action.

The Washington State Supreme Court has addressed issues of the coroner inquest, including the following statements:

"A coroner's inquest is not a culpability-finding proceeding." - State v. Ogle

“The purpose of an inquest is to determine the identity of the deceased, the cause of death, and the circumstances of the death, including an identification of any actors who may be criminally liable.” - Carrick v. Locke

“…the proceeding at issue is a nonbinding factual inquiry and does not result in a determination of guilt or responsibility.” - Miranda v. Sims

Currently, in the State of Washington, there are no minimum requirements to be a coroner - just be a resident in a county that has a coroner, run for the elected office, and win the election. In the least populated counties the elected prosecuting attorney also serves as coroner. In Spokane County, the medical examiner is required by law to be certified as a forensic pathologist by the American Board of Pathology. Forensic pathologists are trained in all areas of forensic death investigation, from death scene investigation through court testimony - not merely the performance of autopsies, as is often claimed by coroners trying to protect their jobs and prevent being replaced by a modern medical examiner system.

The fact that some coroners, politicians, and attorneys ignore the history of the coroner, ignore existing law, and misuse inquests for political reasons and law-suit fishing expeditions, does not justify medical examiners turning back the clock a thousand years - should a patient with a medical problem be diagnosed by the vote of a panel of people selected from the court jury pool rather than by a physician? Should we return to bloodletting as the primary treatment of most diseases?

In medieval England what established the Coroners was Article 20 of the "Articles of Eyre" written in September 1194. The "General Eyre" was the periodic visitation of the King's itinerant Judges, who traveled slowly around the country dispensing what passed for justice in those days. The Eyre of September 1194 was held in the County of Kent, and Article 20 stated that:

"IN EVERY COUNTY OF THE KING'S REALM SHALL BE ELECTED THREE KNIGHTS AND ONE CLERK, TO KEEP THE PLEAS OF THE CROWN"

The above words are the only official authority for the long-lived coroners system, and the coroners were ordered only to "keep the pleas of the Crown". This meant recording the pleas on parchments known as the "Coroners' Rolls." “Keeping the pleas” was different from “holding the pleas” which meant trying cases and passing sentence. “Holding the pleas” could only be done by the courts - County Court or General Eyre, depending on the seriousness of the offense.

This document was prepared by John D. Howard, M.D. February 2013 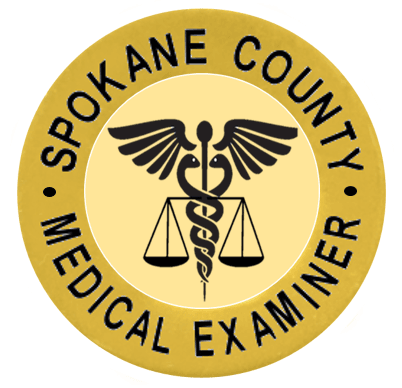