This project is located approximately four miles west of State Highway 291 in north-west Spokane County. The existing precast concrete bridge carries Seven Mile Road over Coulee Creek. Constructed in 1956, the bridge is both structurally deficient and scour critical. In 2012, the County was successful in obtaining a federal grant to fund a replacement bridge.

The superstructure of the new bridge will consist of pre-cast-pre-stressed concrete girders supporting a cast in place concrete deck. The concrete caps, which are integral with the girders, are founded on driven steel pile driven to such a depth that any concerns of scour can be eliminated. The new bridge, constructed in the footprint of the existing, will have a roadway width of 36 feet and provide safe space for the some 2000 vehicles that cross the bridge on a daily basis.

To maintain traffic during construction, a temporary crossing of Coulee Creek will be built immediately upstream and to the south of the bridge. This detour will be in place for the life of the project and will allow construction to proceed with little impact to the traffic using the route.

Slated for construction in 2016, the project is expected to take approximately 6 months to complete. Engineers are working closely with impacted property owners, regulators, and the public to ensure a successful project. 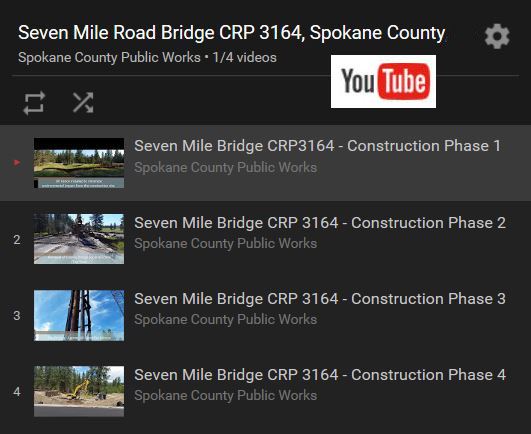