Spokane County Prosecuting Attorney Lawrence (Larry) Haskell was elected in November, 2014 and took office on January 1st, 2015. Prior to that, Larry prosecuted a broad range of crimes committed by and against gang members and their associates as a member of the Spokane County Gang Prosecution Unit. These cases include murders, assaults, burglaries, and witness intimidation. In addition, Larry prosecuted a majority of the unlawful possession of firearm cases that are submitted to us by Federal, State, County, and City agencies. Larry also prosecuted gun, drug, and gang crimes Federally as an AUSA/SAUSA with the Eastern District of Washington between 2010 and 2013.

Before coming to the Spokane County Prosecutor’s office, Larry was a B-1B pilot and instructor pilot with the USAF. Prior to that, Larry flew B-52 bombers at Fairchild AFB. Following his hiring with the office in May, 1998, Larry initially served in District Court. By Summer, 1999, Larry had moved to the felony Drug Unit. After 9-11, Larry took a 3-year military leave of absence, returned to active duty, and served in the Persian Gulf in direct support of Operations Enduring and Iraqi Freedom. He returned to work with the office following his retirement in the grade of Lieutenant Colonel in June, 2005.

In addition to his experience as a prosecutor, Larry has served on the City Council of Airway Heights and was also twice elected to the Board of Directors of the Cheney School District.

Larry received a Bachelors Degree from the University of Washington in 1979. He is a 1997 graduate of Seattle University School of Law. He has taught as an adjunct professor at City University in Business Law and Professional Writing. 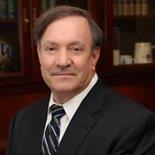